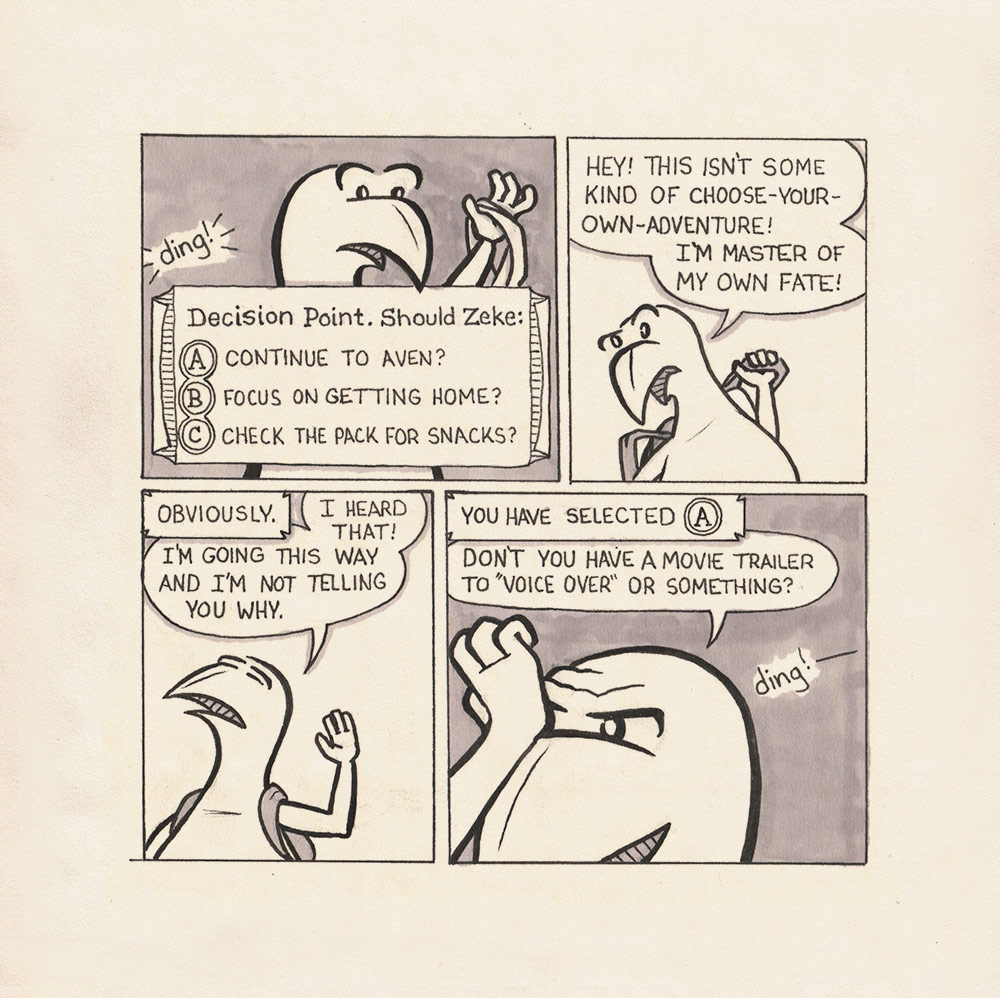 I keep calling this an experimental comic. That may be the equivalent of slapping “beta” on any site that still has some kinks to work out. However, I do end up experimenting with one thing or another on almost every page.

On this page, for example, I tried to draw Zeke looking more straight at the “camera.” You can see this especially in the second frame. This was much more successful than my freaky first attempt. Generally it is getting easier to rotate the character in my head and draw him from different angles. It would be really cool to do one of those 3D clay models like the animation studios use! Someday I’ll have to get to that.